Born in Paris, Amir carries in himself every culture: Tunisian by his father, Moroccan-Spanish by his mother, French-born and Israeli by his life.

As a teenage, he already loves the stage, but the voice of reason is pushing him to go to school and find a living. While progressively becoming a dentist, he also decides to try his luck in the world of music.

In late 2013, « The Voice » is contacting him. In the « blind-auditions » his talent is getting recognition as the 4 judges of the show are turning their chairs. The public votes for him and brings him to the final.

In parallel, he starts writing songs. In this album, « Au coeur de moi » (will be available on april 29th – Warner), there are the themes that he cherishes, his spirituality, his idealism and musical influences.« J’ai cherché » is his 1st single. In his artistic life there’s a voice and a message that come from far away but also form nearby to guide us towards ourselves, to make us joyful, just for a moment, which becomes eternity. 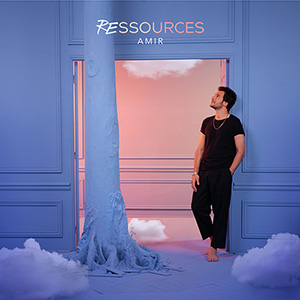 And stay informed of all the latest news